Prototype from Anywhere with Replit

Hello everyone, today's tutorial will be a fairly shorter one and I'll try to explain how you can start and continue prototyping from your browser and basically anywhere with Replit.

I used prototyping both on the title and on the entrance for a reason, even though I find it useful and stabil for fun projects like discord bots and so on, I don't think that Replit is a production aimed tool and the most it can take you is prototyping if not just learning and playing around the languages.

"Is to make programming more accessible. We build powerful yet simple tools and platforms for educators, learners, and developers." This quote is the exact mission declaration of Replit from their own website.

But what really is Replit? Replit is basically a free online IDE with variety of language supports. All you need to start using free tier is a Google, Github or Facebook account, or you can just register with an email address.

Replit offers various language options and I do think that there is no popular language that's not being supported by Replit. I'll just publish a part of the languages that you can select on Replit when you want to create a new Replit. 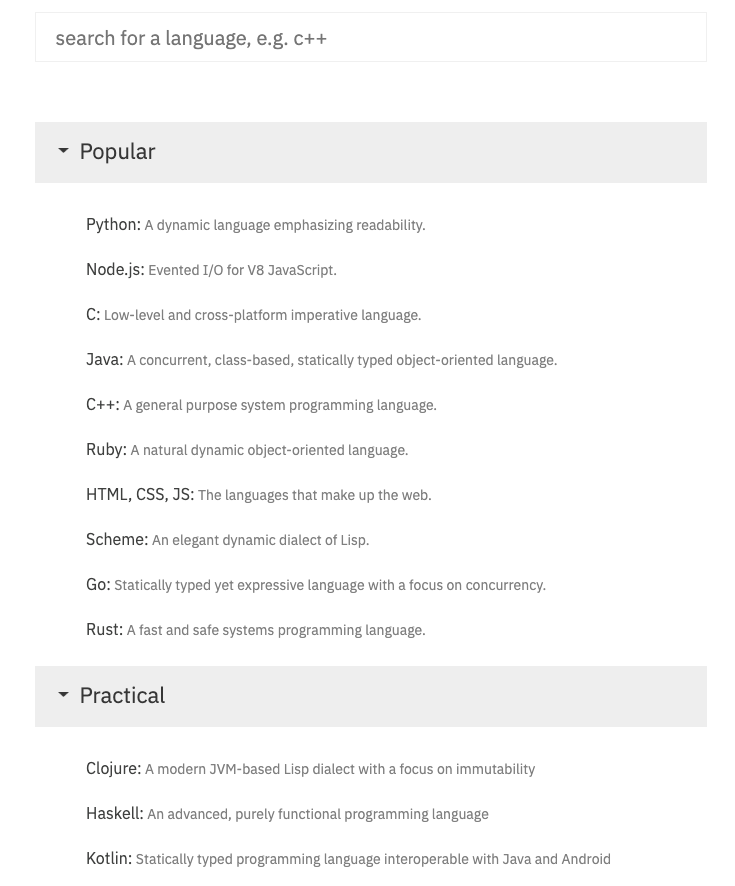 As you can see this is just what I could fit into my screen actually :D.

I won't actually use all the parts and features of Replit and I don't think that I'll ever use them, but that's the true point of the whole platform from my point of view. 2021 is an awesome and exciting year to be a software developer and you may want to tryout bunch of stuff with your hands on them rather than watching tutorials that just copies of each other. For example I find swift truly cool and I may try it one day, and in my opinion Replit would be the best option for starting 0 installation.

I think the UI of the Replit is quite simple and yet load with lots of feature, that's way I found it quite easy to Eye. I'll now share some screenshots from my account to be honest I don't really use light themes like ever, yet I liked Replit's default a lot and I'm using it. 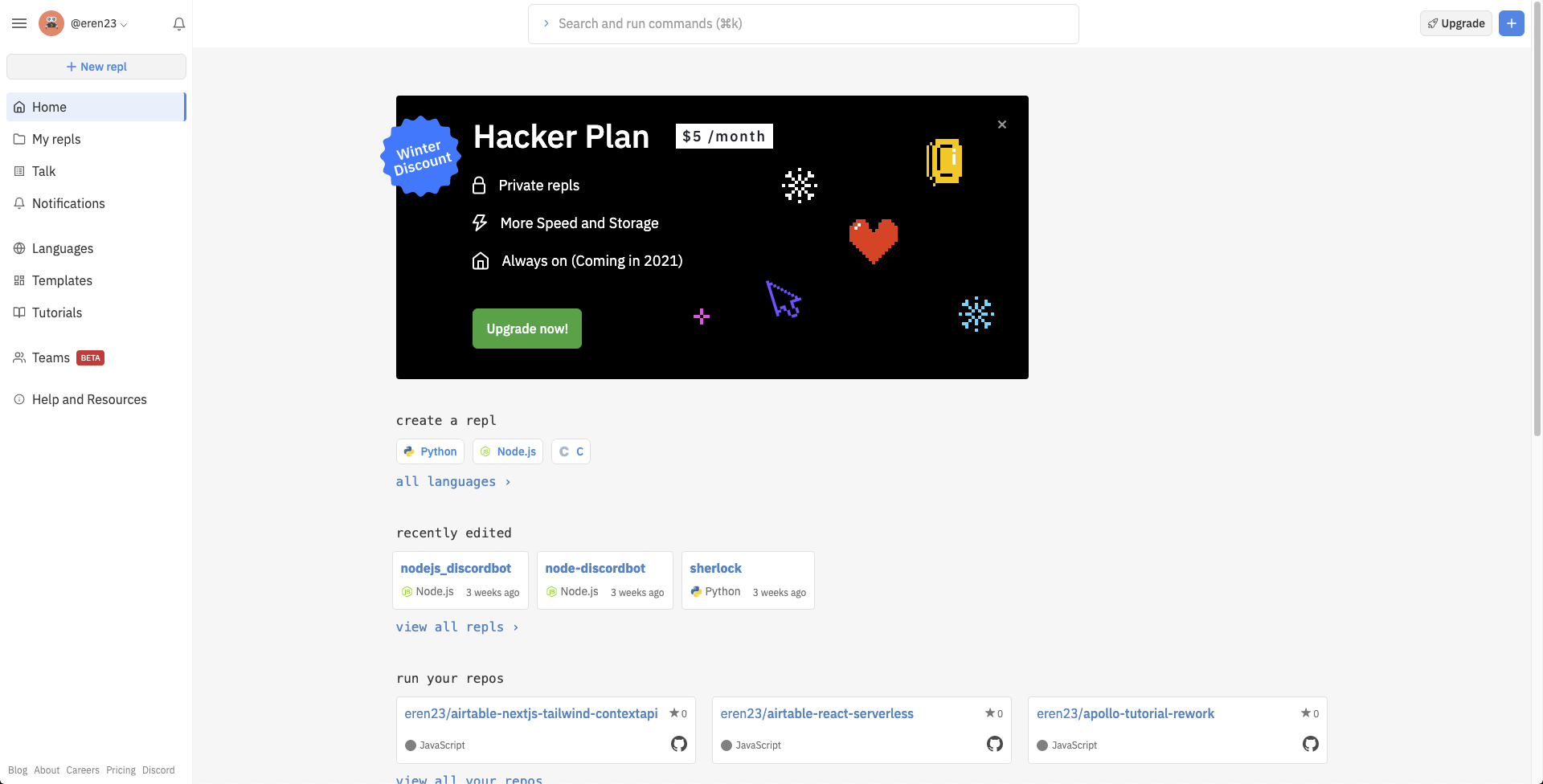 As you can also see the picture above you can easily access your repos from GitHub once you give Replit a permission to access your account. You can also create empty projects on Replit, work on them and then publish them on Github.

You can track your git history and use git fully on UI, since Replit is really not a production aimed platform I highly recommend you to just use UI. Here is a screenshot from git menu of a project of mine that is running on Replit. 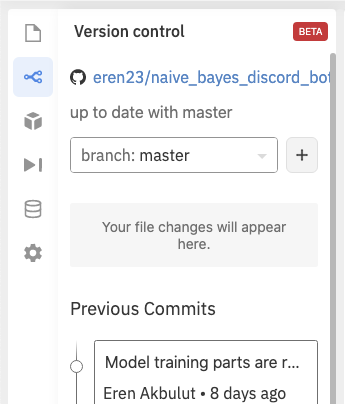 On Tutorials section you can find lots of resources for lots of languages at many levels. I should also say that the community of quite active and it's not really hard to find at least the basics of many languages and platforms.

Replit comes with its own document based database and it's quite useful for many projects when you want to get rid of boilerplate while being able to use a DB rather than storing data on runtime of your code.

Although Replit's free tier allows you to do many things including using all the features of all the languages it comes with 2 main limitations.( I think there are bigger differences between free tier and premium tier but those 2 are the most obvious ones. )

Today I tried the features of Replit I like and use the most. I think there are most features of Replit and it can be useful for other use cases. You can find it out on your own after these fundamentals. Until next time, take care of yourselves. :)