Hello everyone, today I'm starting a new series about my game development journey and I'm planning to publish some new stuff once in a while about what is going on about the game side. First post of the series will not be a technical one and I'll mostly talk about why I want to do this and how I'm approaching this. I'm however planning to expand the series with technical or "artistic" content in the future.

I guess that's the most important question in my case is why. Why I want to learn game dev from literally scratch while I have lots and lots stuff that I need to do about my studies and my developer career in general. I don't consider game dev as a professional future and I'm not willing to spend that amount of time on that too, so why I'm willingly diving into something that I probably can guess that is not going to pay off?

The answer is lies in the contrast between my past and my today actually. I was always a game type I played MMORPGs, I played FPSs, I played MOBA( only LoL :D), I played story based AAA games and so on and so forth, since I'm a little kid literally. Gaming is always a part of my life, sometimes I even regret the time I spent in the future for the game like any other gamer actually but whatever, right? I kept playing even after I finish the university while working as an "engineer"(I can dedicate a whole post to explain why I put quotes around the word engineer). After I decided to be more serious with life and take more responsibility that part gamer part started to fade away from my life, and I did it intentionally. At first everything was fine, actually everything is still fine about my life I'm not here to cry about how hard I work or hard tough the life is, but when you focus on being an adult too much you (at least I) sometimes feel something sad about the days I did stuff just to did it, and I left like maybe game making can act like a little bridge between now and those days to help me not to overwhelm myself a lot. This day I believe I can be more productive in other fields too.

I know the part above makes me sound like a sassy little kid but I can still vividly remember the moments of me selling my CS GO items or gaming equipments because I won't have any chance to use them anymore. Growing up sucks and I felt like I need to do something about it :D.

I actually planned my road map pretty much by now and I started to work on stuff. I made my research and planning in a few steps. Firstly I focused on what type of a game I would like to build, and that decision wasn't that hard actually. I want to make a 2d platformer game to work on browsers. The first reason is I always liked that kind of games and the second reason is since it'll be a web based game it feels like I can always transfer engineering skills of mine from the other software development areas, so when I want to expand my time working on a game I at least now have an excuse :). Another underlying reason of 1 is I want to be able to finish a game from start to end and since I'll be building literally every aspect of the game it has to be doable. I'm not a talented person when it comes to drawing and illustrating so since visuals has to look nice even though I'm drawing, I decided to focus on pixel art completely I know that with a decent amount of focus I can create something decent and everyone can like.

Game engine selection was quite simple after I decide the type of my game, I've chosen Phaser. I looked for the alternatives and I know that even the bigger game engines like Unity can support kind of an output I want to have, but they all require a high amount on understanding over the engine itself and to be honest they are not going to add much on the skills that I use daily basis( maybe they could I'm not sure). But with Phaser I know that I'll write Javascript as I always write I just needed to learn engine specific matters to use Phaser mostly, not another programming language, not another enormous program that'll take a lifetime to completely master. That'll also keep me on the track so I won't lose too much focus while jumping around completely different types of things.

I'm currently watching and applying some tutorials and projects myself to get to know with the engine, I'll talk about all the technical aspects in the following posts of this series.

That's it for today everyone, I don't think that I'll write about that topic so often but I promise I'll keep pursuing it as consistent as I can.

BTW that's the sword that I draw years ago when I wanted to learn pixel art, it looked special to me and I wanted to share with you guys, it can be cool to look at in the future to see how things are changed. 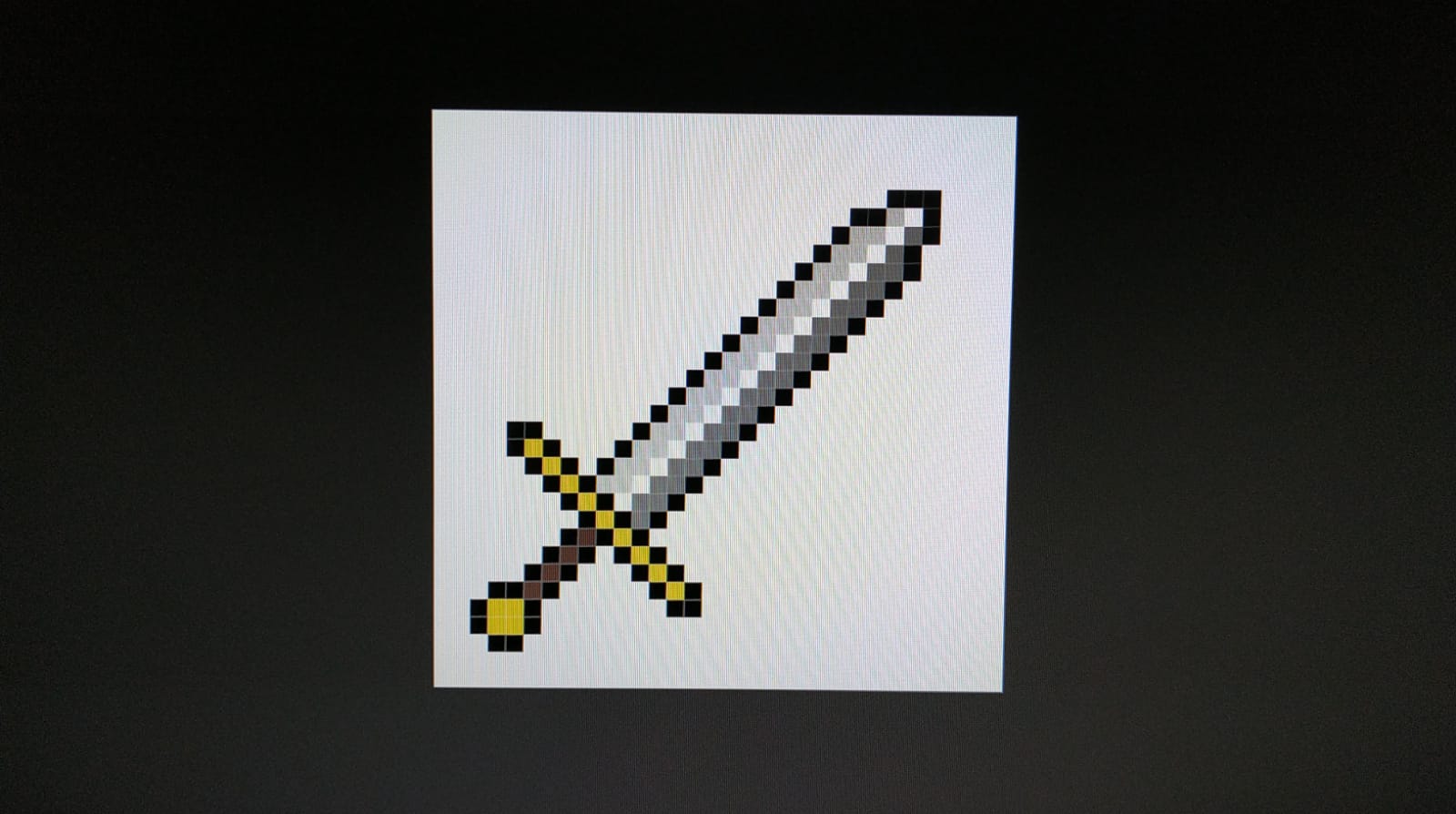